UN Secretary General Ban Ki-moon spoke with Vladimir Putin at the Konstantinovsky Palace in St. Petersburg. The meeting was held within the framework of the St. Petersburg International Economic Forum (SPIEF). 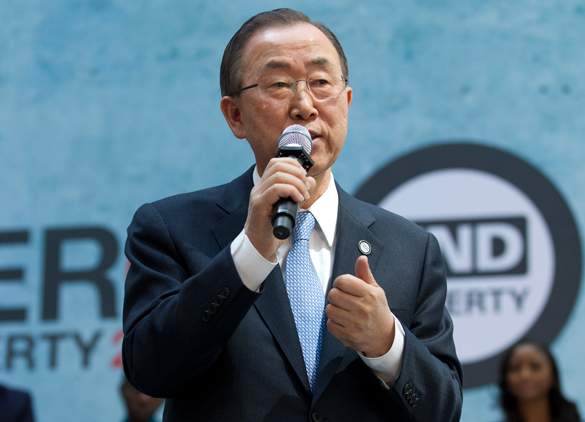 Ban Ki-moon's term in the office comes to an end this fall. Ban Ki-moon expressed his gratitude to Putin for Russia's foreign policy.

"I would like to express my deep appreciation, admiration and respect for your global leadership," the UN Secretary General told Putin, RIA Novosti reports. "Moscow has a very important role to play and I really count heavily on the leadership of the Russian Federation," Ban Ki-moon said.

Ban Ki-moon noted that the work with Russian diplomats was pleasure for him, and he would have warm memories of their support.

During the meeting, Vladimir Putin decorated Ban Ki-Moon with the Order of Friendship.

Ukraine's Permanent Representative to the United Nations, Vladimir Yelchenko, stated later that he was "completely enraged" by Ban Ki-moon's statement. The Ukrainian diplomat promised to send a note of protest to the headquarters of the international organization.

"The fact is ... the Russian Federation is a permanent member of the Security Council and has a critical role to play," Dujarric said. "We're not going to walk back what we said," he added.