Putin: Europe not ready for mutually beneficial cooperation with Russia

Russian President Vladimir Putin said that the Russian Federation was ready to discuss a wide range of issues with the EU. Yet, Russia does not see that Europe is willing to cooperate, Putin added. 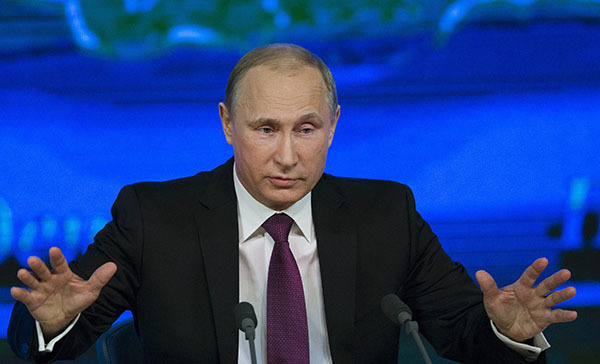 In his article for Greek newspaper Kathimerini, Putin wrote: "Russia proceeds from the need to build equitable and genuine collaborating dialogue with the EU on a wide range of issues: from visa liberalization to the formation of the energy alliance. However, we do not see our European colleagues willing go this mutually beneficial and promising way," the Russian president said.

Reportedly, however, the EU may withdraw a part of sanctions from Russia before the end of the current year. Several countries of the European Union are opposed to the automatic extension of sanctions against Russia, and requires mitigation of restrictive measures against the Russian Federation.