Russia not to compromise on national interests, Foreign Minister says

Unilateral sanctions of the West will not make Moscow compromise on its national interests, Sergey Lavrov, Head of the Russian Foreign Ministry claimed. 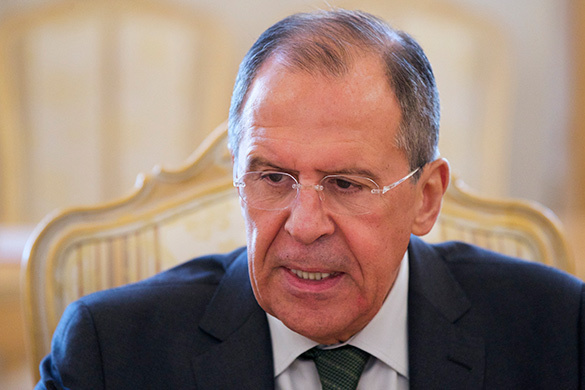 "It is evident that attempts to put pressure on Russia with unilateral sanctions will not make us relinquish our principled policy," he stated in an interview with the Hungarian newspaper Magyar Nemzet.

According to him, the food embargo, which was a retaliatory measure to the Western acts, was a balanced step and Russian rights and obligations on international agreements were taken into account.

Lavrov pointed out that Russia did not discuss and has no intentions to discuss criteria of the restrictions abolition. "This question should be posed to those who initiated ignition of the sanctions spiral," the diplomat claimed.

Lavrov noted that Moscow believes in possibility to overcome negatives in relations with the EU. As he said, "quite a lot of things connect us in geographical, economical, historical and humane fields."