G7 diplomats admit the club is worthless without Russia

The Group of Seven is incapable of solving major global problems, the head of the Munich Security Conference Wolfgang Ischinger said. The G7 summit is starting on May 26 in Ise-Shima National Park in Japan. 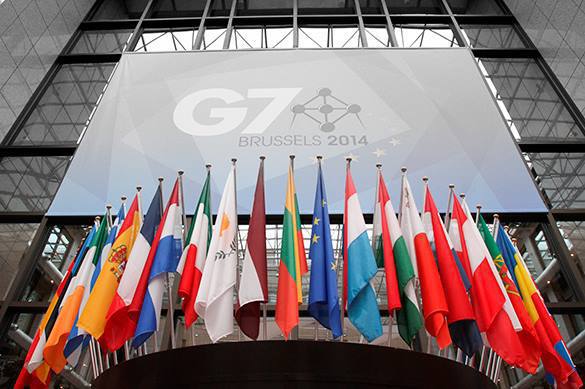 Russia's return to this association is unlikely under current circumstances, the German diplomat told Deutsche Presse-Agentur. According to him, such a turn of events would mark a massive defeat in the Ukrainian conflict for the G7. At the same time, the G7 can not do without Russia in addressing major international affairs.

"The G7 is not capable of dealing with major international crises alone. Neither the crisis in Ukraine, nor the conflict in Syria can be resolved without Russia's participation. Never say never. The door for Russia to return to this association should be kept open for a long time," Wolfgang Ischinger said.

Forbes columnist Jean-Pierre Lehmann also believes that the future 42nd G7 summit in Japan should be the last, because the informal organization must finish its existence without Russia.

According to Lehmann, the G7 is an atavism that does not contribute to improving international relations, but maintains a strong pro-Western bias, thus undermining its legitimacy.

German Foreign Minister Frank-Walter Steinmeier also believes that dialogue between parties is vital in times of crisis. Still, Western politicians continue setting forth conditions for Russa's return to the G7.

The G7 was formally expanded to the G8 in 1998, when Russia officially joined the club. In 2014, against the background of the crisis in Ukraine, representatives of the club decided not to participate in the G8 summit in Sochi and gathered in Brussels instead. In 2014, Russia was chairing the Group of Eight.

The G7 members - Germany, USA, Canada, Japan, France, UK, Italy - said that they did not want to sit together with Russia until Moscow changes its policy regarding the Crimea.

"The G7 excluded Russia from the club, and now let them solve their problems themselves. We will see how they can have it done. They did not even explain the reasons behind their decision, having only referred to the results of the referendum in the Crimea. If they do not want to, this is not such a big deal. We used to strive for our participation in the Group of Eight. Yet, one should keep in mind the fact that this body does not make decisions - this is a consultative agency. It If they want to work without Russia - let them work without Russia," he said.