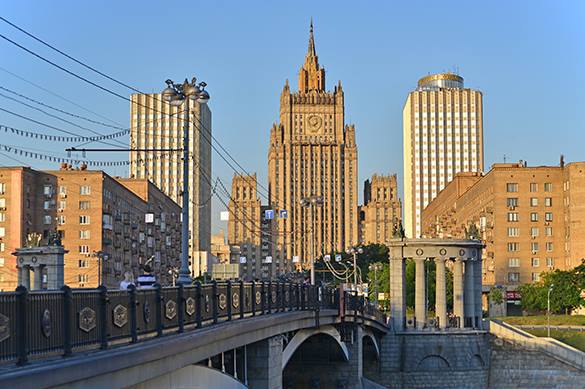 Maria Zakharova, an official representative of the Russian Foreign Ministry, said that Moscow has become a key city of international activity.

"We had had a very busy flight schedule before, but now we have become much more busy with work in Moscow. I do not remember the time when we had so many delegations coming to the mansion of the Foreign Ministry. The Foreign Minister (Sergei Lavrov) holds about three full meetings with foreign colleagues a week, including talks between ministers, a work lunch and a press conference. Also, there are five, seven and sometimes even more separate work meetings with the heads of international organizations, senior representatives of foreign ministries and special representatives," Maria Zakharova told Interfax.

Zakharova added that the individuals, who claim for the post of UN Secretary General, make a special category of visitors to the Foreign Ministry of the Russian Federation.

Noteworthy, Russia remains one of the leading players in international politics even against the backdrop of apparent attempts to isolate Russia.

"Of course, we are not isolated. We interact not only with the partners that remained as such and did not speak against us, but also with those that declared Russia's isolation," Maria Zakharova told TASS. "It is obvious that the West has tried to isolate us, and we have quite a serious rollback in our relations with Western countries," she added.

Nevertheless, even in such circumstances, Moscow remains one of the leaders in addressing a number of the issues of global importance, Maria Zakharova concluded.