On April 21, EMERCOM of Russia sent an airplane with humanitarian cargo on board to quake-stricken Ecuador. The Ilyushin Il-76 carries 30 tons of humanitarian aid: food, tents and mobile electric stations. 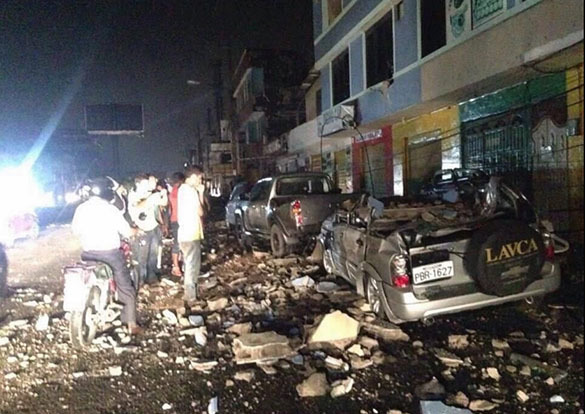 According to Ecuador's Geophysics Institute, the epicenter of the quake was located near the town of Pedernales (province of Manabi) at a depth of 20 km. Ecuador's vice-president said that the earthquake was the most devastating one since 1979.

In the quake-stricken provinces on the Pacific coast, houses, roads, bridges and power lines were destroyed. President Rafael Correa, who is on a visit to Rome, signed a decree to introduce a state of emergency in the country.

The capital of Ecuador, Quito, was left without electricity for a while, although the supplies of electric power to the city have been resumed. The earthquake interrupted the work of the state-run refinery Petroecuador Esmeraldas that produced 110,000 barrels of oil a day.