Bernie Ecclestone, chief executive of the Formula One Group, claimed that the Russian President Vladimir Putin should run Europe, but not from Brussels. 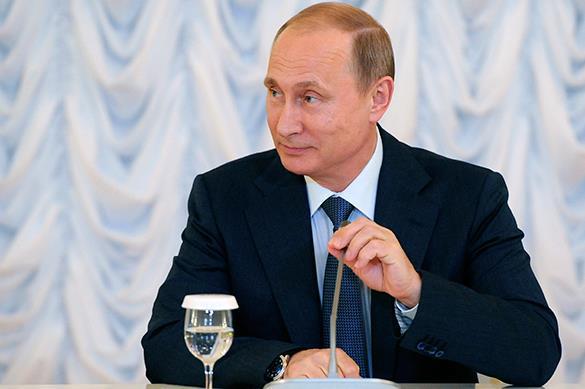 Speaking at Advertising Week Europe in London, a 85-year-old British businessman said that Putin "does what he says he's gonna do, he gets the job done. I mean people don't understand exactly what he wants to do ... He wants to put Russia back to what it was. "

Such an opinion is not a single one in the West. Latest ratings of the Russian President evidence his approval of 82% of the population. That is twofold any European leader has, Forbes says.

It is also noted that any other leader would sell his soul for these 82%. Journalist Mark Adomanis pointed out that whatever standards were used, Putin's popularity remained to be very high.

According to the expert, it's no surprise that Putin lost some points in his approval rating, given the fact that his people lost about 10% of their salaries, and the economy has been in recession for over a year.

Adomanis concluded that such results evidence that "the normal laws of politics do function, at least to some extent. The economy is smarting and the government is getting less popular, exactly as you would expect. All too often Putin's numbers are treated as some kind of totemic, unchanging constant, data that is cooked up in a lab somewhere and that bears little, if any, relation to underlying political reality".

He pointed out that such conclusions are unfounded. Thus, Putin's approval is not at all a result of the political strategists' acts.