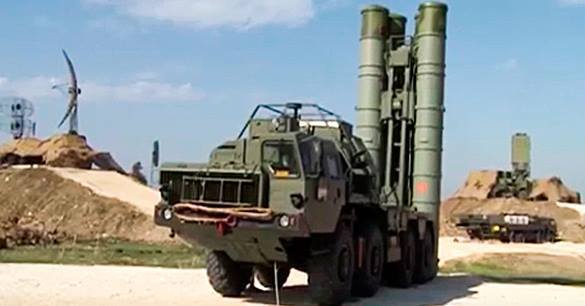 "At the Victory Parade in 2015, Almaz-Antey  presented 24 combat vehicles, among which there were S-400 Triumf systems, SAM Buk-M2 and Tor M2U. In 2016,  in order to save money, it was decided to reduce the amount of equipment involved in the ceremony. In this connection, S-400 Triumf was excluded from the Victory Parade in Moscow," RIA Novosti quoted Almaz-Antey CEO, Yana Novikova, as saying.

In 2016, the company will display eight of its combat vehicles during the Victory Parade on May 9th in Moscow.