Putin works as translator from German at public meeting

President Putin worked as an interpreter from German during a meeting of the All-National People's Front. 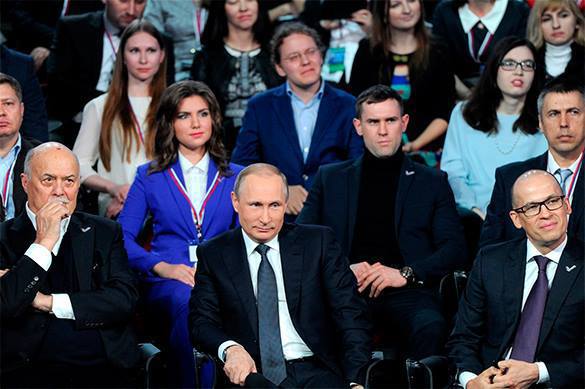 During the discussion, a representative of German media wanted to ask a question to President Putin, but it turned out that it was impossible to make the translation right away. Putin quickly found a way out of the situation and interpreted the words of a German journalist to participants of the forum.

The guest from Germany was taken by surprise. "Please continue," Putin said in Russian, adding "Bitte schön" in German. The people in the audience applauded the president for his knowledge of German.

The German speaker said that the feeling of patriotism and national identity was very important for Russian people. "This is what they have been losing in several European countries, unfortunately," Putin said.

"We have it inside us, in our hearts - love for the Fatherland," said Vladimir Putin.