"One may overcome economic difficulties only by conquering new markets and creating new opportunities," Governor of the Nizhny Novgorod region Valery Shantsev said after signing investment agreements during the Day of the Investor. "We have not seen the outflow of investors either in the past or in this year. On the contrary, the companies that already work in the region seek to expand their presence here," the governor added. 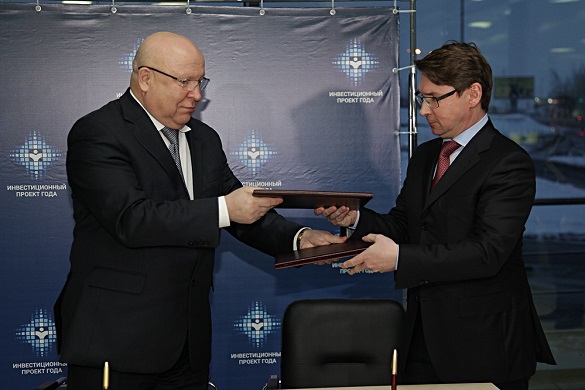 During the event, there were three agreements signed between the regional government and investors. They are agreements with Vyksa Steel Works, PJSC MTS, the Chamber of Commerce of the Nizhny Novgorod region and the autonomous non-commercial organization "Center of Investment, Technology and Trade." Representatives of investor companies stressed out that the attention that they received from the governments of the region and personally from Governor Valery Shantsev, as well as the "one window" system and the public protection of new investment projects, have created comfortable conditions for working in the region.

"We saw the presentation of the region that attracted a number of Spanish companies. This is our first visit to the Nizhny Novgorod region, and I would like to point out the high level of training that Nizhny Novgorod specialists have," commercial director of Refisa, Spain, Antonio Lillo said.

As part of the Day of the Investor, a business game was conducted for participants - "Nizhny Novgorod region. Best territory for investment." The activity was a brainstorming session, during which business representatives proposed to develop underperforming regions.

The Day of the Investor finished with a ceremony to award winners of the annual "Investment Project of the Year", in which over 70 Nizhny Novgorod companies took part as of the end of 2015. The competition showcased most important projects for the region in various sectors of the economy that were implemented in the past year.

According to the Federal State Statistics Service, investments in fixed assets of the Nizhny Novgorod region have quadrupled in ten years from 60.3 billion rubles in 2005 to 229 billion in 2015. As of 2015, the region entered the top three of Russian regions with largest volumes of attracted foreign investment.