An official representative of the Russian Foreign Ministry, Maria Zakharova, named Russia's prime enemies on the front of media warfare of the West against Russia, RT reports. 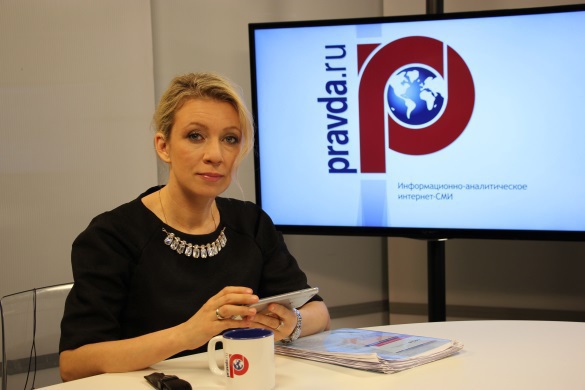 In particular, Zakharova mentioned a few politicians, who, speaking of the Russian military operation in Syria, compared it to the war in Afghanistan.

"Western politicians - heads of state and leaders of international organizations - gave a very strong impetus to this information campaign. I would like to remind the names of our "heroes". Federica Mogherini was one of the first to make such a statement. She said that Russia could go on the Afghan scenario. US President Barack Obama warned Russia against the danger of being bogged down in Syria, like in the Afghan war. Turkish Prime Minister Davutoglu supported that too, although he was a little behind his colleagues, but still in unison with them," said Zakharova.

According to Zakharova, such comparisons were made because Western special services were acting on the side of radical and Islamist groups both in Afghanistan and in the Middle East.