Russia's 33 billion in Syria: Too much or too little?

The military operation in Syria cost Russia 33 billion rubles. The operation that lasted for 5.5 months has killed over 2,000 militants. Russia proposed a new approach in dealing with the political and military conflict and gained real force in the Middle East. These are the results of the recently concluded operation of the Russian Armed Forces in Syria. 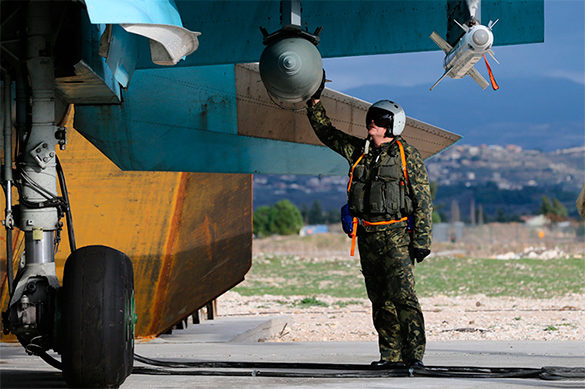 Commenting on military and political results of the Russian operation in Syria, expert at the Association of Military Political Scientists, Andrei Koshkin, said that the operation was conducted at the expense of the budget of the Russian Defense Ministry, meaning that it did not affect socially important articles of the Russian budget.

"With regard to the completion of the operation, it can be an example for young professionals in the military sphere, as well as in the field of diplomacy and politics. When targets are met, one needs to end a program quickly, to save money and energy, and this is exactly what Russia did."

As for Western publications, especially the recent publication by Global Firepower about enormous spending on the Russian Armed Forces during the operation, they are not worth a serious discussion, Andrei Koshkin believes. According to him, Russia's critics pursue their objectives in sowing seeds of doubt in the reliability of information provided by official agencies.

"I believe the data that we receive from official departments of our country, - Andrey Koshkin told Pravda.Ru - Opinion polls conducted by Levada Center and WCIOM show that most Russians are convinced that Russia's operation in Syria was the most transparent military operation in history. "I repeat: all of the costs were covered by the Russian Defense Ministry - they did not affect social programs."

According to the expert, the units of the Russian forces that remain on the territory of Syria are very well protected from the ground, air and sea, including the with help of S-400 systems.

"Russia could return to Syria to ensure Russia's security. It is possible to curb such a threat as the Islamic State only by joint actions of the whole world. This is where we have found common language with the USA, and our military men found it faster than our politicians,' Andrei Koshkin told Pravda.Ru.