EU's attempts to intervene in the trial of Nadezhda Savchenko are unacceptable, Putin's official spokesman Dmitry Peskov said in response to the recent call from members of the European Parliament for sanctions against Putin in connection with the case against Ukrainian pilot Nadezhda. 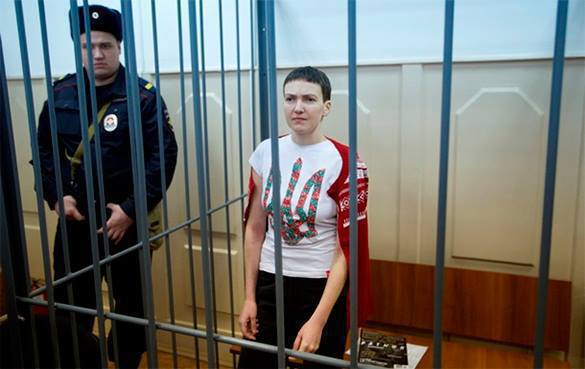 According to the Kremlin, it is inadmissible to interfere in judicial processes that currently take place inside Russia, Peskov said commenting on the call from MEPs to impose sanctions against Vladimir Putin and 28 other people in connection with the trial of Ukrainian servicewoman Nadezhda Savchenko.

"We can not agree with attempts to intervene in judicial processes that take place in our country in strict accordance with existent Russian legislation, to which, of course, the trial of Savchenko relates. Any type interference is unacceptable here. Due to the fact that the trail is on, we consider any comments impossible and unacceptable," Peskov said, RBC reports.

Pravda.Ru has reported on March 9 that Members of the European Parliament appealed to the head of European diplomacy Federica Mogherini to impose personal sanctions against Russian President Vladimir Putin and 28 other individuals in connection with the case of Nadezhda Savchenko, an officer of the Ukrainian Air Force, who remains in custody in Russia.