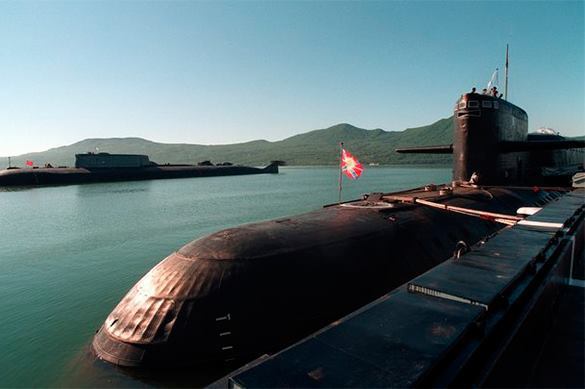 Only three of such launches have been made since Soviet times. The operation to conduct the maneuvers was called "Behemoth." The last time, when the operation was conducted, was in 1991, when nuclear submarine 667 BDRM Dolphin, named K-407 Novomoskovsk, fired all of its ballistic missiles (RSM-54 Skif) in 1.5 minutes. All the missiles struck designated conditional targets on the Kura test site in Kamchatka.

In 2011, the Yury Dolgoruky nuclear cruiser took part in Operation Behemoth as well. The sub had a complete combat set of Bulava ICBMs, but launched only two of them. The launch finally interrupted a chain of failures that had occurred during the testing of the new ballistic missile: 24 launches were made for the tests, but  only 15 of them were successful.

Last year, the Vladimir Monomakh sub fired two missiles from under the water. However, one of the missiles self-destructed, and the other one did not pass the test for accuracy. The remaining missiles were sent back to the manufacturer to determine the causes of the failure. It was established that the failure occurred because of production defects.