Vladimir Putin said about Western intelligence agencies' preparations for autumn elections to the Russian State Duma at the meeting with the Russian Federal Security Service. 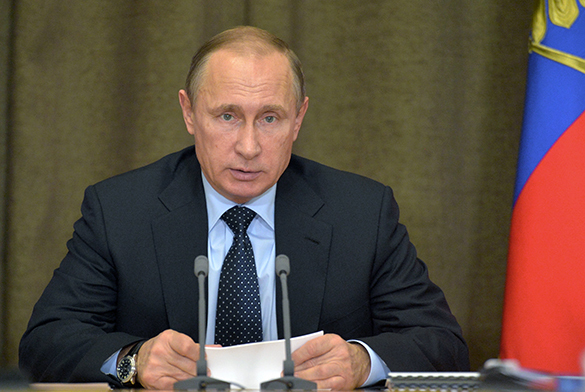 According to the documents, there are indications that our enemies abroad are getting ready to these elections.

"Thus, everybody should know that we will work hard on the defence of our interests in accordance with our law," the Russian leader pointed out.

As he said, any attempts of outer interference to the course of autumn elections will be regarded as a direct threat to the Russian sovereignty.

The President also set the Russian intelligence agencies a task to make everything possible to stop activity of those who would try to use nationalistic, xenophobic, or radical slogans directed at the split of our society, and added that "there exist such technologies and they have been used several times in a whole range of countries".

"It's a direct threat to our sovereignty and we will react in a corresponding way," the President claimed.

He also sated that in 2015 Russia stopped activities of over 400 agents of oversea intelligence.

Counter-intelligence is entrusted with special tasks. Putin believes that it is necessary to put up a reliable barrier to data on closed activities and government agencies, military sites, defence and energy industries, leading research centres, as well as block access to the confidential information via communication links.

Beside that, the Russian President urged to strengthen control over refugees flow to Russia and Europe across our territory.

He also demanded to develop cooperation with the Western partners under the UN, Shanghai Cooperation Organisation and the Collective Security Treaty Organization.