In Yaroslavl, a gas explosion occurred in a five-storey apartment building early in the morning on February 16. According to Russian EMERCOM, at least four people were killed, including a child. Nine other people were hospitalized. 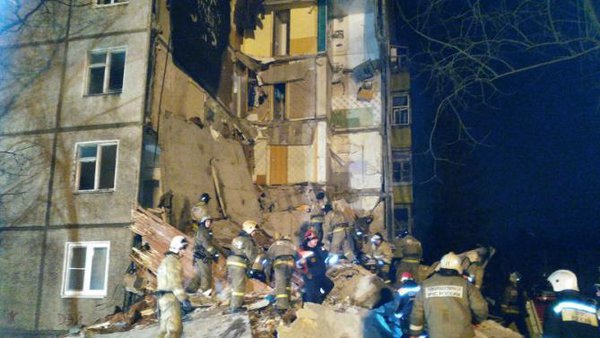 The information about the household gas explosion was received at 04:20 a.m. One section of the apartment building was ruined as five floors of the section collapsed as a result of the explosion.

For the time being, four bodies have been removed from under the rubble, including the body of a child. Rescuers say that there may be more people under the rubble. The remaining part of the building may also collapse at any moment, rescuers said.

As many as 130 people were evacuated from the building.

The death toll from the explosion has climbed to seven.