Russian MPs suggested oil sales abroad should be banned to reduce the oil dependence of the Russian economy. 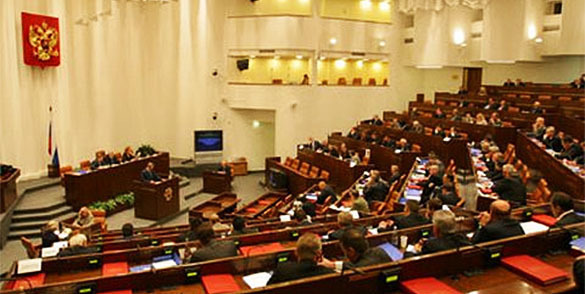 Member of Just Russia faction, Oleg Pakholkov, asked the head of the Ministry for Economic Development, Alexei Ulyukayev, to consider the opportunity to completely stop oil sales abroad within the period of five years.

"Today we need to have the courage to announce the abolition of the priority of oil sales to world markets. We need to turn our economy towards the needs of our country. Russia has repeatedly proved its ability to rise from the ashes. The state needs the reforms that will target domestic economy directly, and we have all the reserves for it," the MP wrote in a letter to the minister, RIA Novosti reports.

The MP noted that it would be impossible to stop the sales of the Russian oil abroad immediately.

"Russia has obligations to partners that we need to execute. I propose to run this process in stages over five years, step by step, reducing the supplies of the Russian oil abroad by 20 percent a year," said the parliamentarian.