Russia may officially recognize Turkey as accomplice of terrorism

Russia may officially recognize Turkey as an accomplice of terrorism, whereas the Turkish nationalist organization "Grey Wolves" is likely to be banned in Russia. 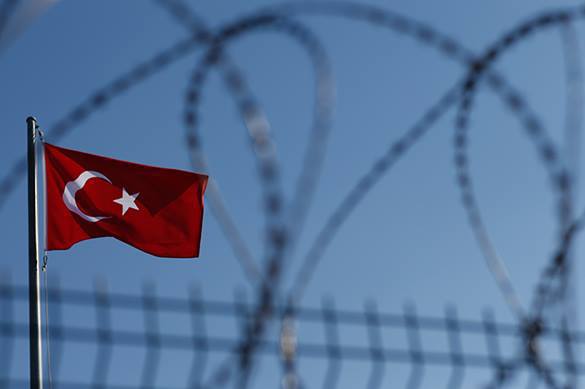 The suggestion was voiced by Russian MP, secretary of the Central Committee of the Communist Party Sergei Obukhov, after it was reported that Turkish organization "Grey Wolves" could be involved in the destruction of the Russian A321 aircraft over Sinai.

"As for Turkey, given irrefutable evidence of Ankara's criminal ties with ISISL militants, Russia should have initiated the process to recognize the Turkish Republic as an accomplice of terrorists long ago, with all ensuing international consequences," Obukhov told RIA Novosti.

The Russian administration will investigate the information on the possible involvement of the "Grey Wolves" in the terrorist attack above Sinai, the MP said.

Should the information is confirmed, the Russian administration ill have to initiate the prices to recognize the organization as a terrorist group to outlaw its activities on the basis of the UN Charter, said Sergei Obukhov.

Pravda.RuRead article on the Russian version of Pravda.Ru