On January 2016, Nizhny Novgorod saw the presentation of unique archival documents related to the foundation of the city. 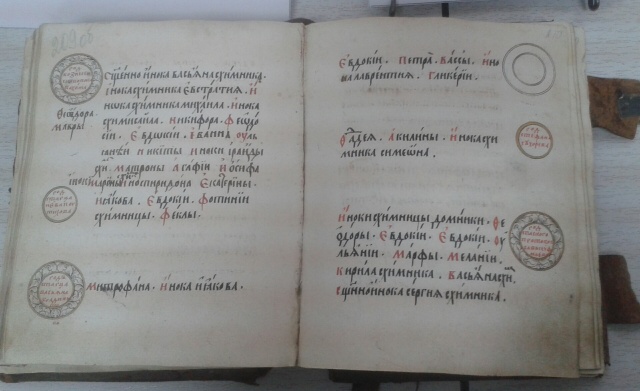 In particular, the general public could take a look at the letter from Count Kochubey that he wrote to Minister of Justice Derzhavin to relocate the Makarevskaya Fair to Nizhny Novgorod in 1803. One could also see the Decree by Emperor Nicholas from 1836 about the structural organization of the provincial town of Nizhny Novgorod.

"The archival documents that have been preserved to this day indicate that Nizhny Novgorod was originally established as a major administrative center of a large region of the country. Unlike many Russian cities that originally appeared as small fortresses, Nizhny Novgorod was founded as a large territory surrounded by perimeter of ramparts and walls. The perimeter was closed in one season. This means that Great Duke of Vladimir, Yuri Vsevolodovich, was well prepared for its foundation," the head of the committee for archives of the Nizhny Novgorod region, Boris Pudalov said.

"Our favorite city of Nizhny Novgorod deserves to celebrate its anniversary as a  great national holiday. The role of the city in the history of Russia is difficult to overestimate. These are not empty words: it was the Nizhny Novgorod militia of Minin and Pozharsky that liberated Moscow and all of Russia from invaders, - said Governor Valery Shantsev. - As a result, President Vladimir Putin supported our request, and the all-Russian holiday will take place to mark the city anniversary," Governor Shanties added.

Nizhny Novgorod will mark 800 years since its foundation in 2021. In September 2015, President Vladimir Putin signed a decree to celebrate the 800th anniversary in 2021.

The explanatory note to the decree says that "the draft Presidential Decree was developed at the initiative of the Governor of the Nizhny Novgorod region, V.P. Shantsev."

"2021 will mark 800 years since the foundation of Nizhny Novgorod. This is a relatively rare case when we know the exact year of foundation of an ancient city. It happened so because chronicle collections contain accurate news about the foundation of our city, - said Pudalov. - Taking into account the role and importance of Nizhny Novgorod in the history of Russia, the Decree signed by President Putin orders to celebrate the anniversary at the federal level. This year, the city turns 795 years - this is an occasion to hold rehearsals," the official said.