Russia's FM Lavrov excludes 'business as usual' with the West

"Our Western colleagues sometimes say that there will be no "business as usual" with Russia, and I am convinced that this is exactly the case," Russian Foreign Minister Sergei Lavrov said at a large press conference devoted to the results of Russia's foreign policy in 2015, Interfax reports. "We think so too," he added. 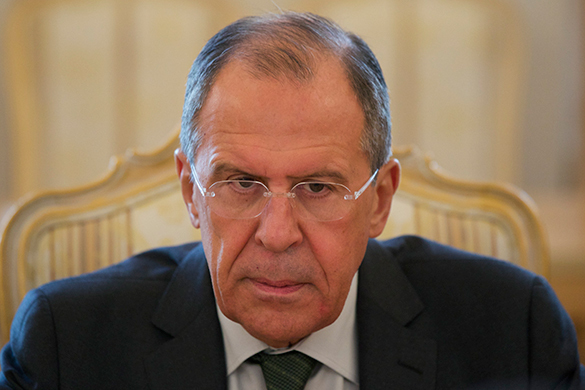 "There will be no "business as usual" when they were trying to impose agreements on us to take into account the interests of either the European Union or the United States, telling us that it would not cause damage to our interests. That story is over with," Sergei Lavrov added.

According to Lavrov, Moscow is ready to work closely with Western partners, including  the United States and Europe. However, it can only be possible if the relations between Russia and the US/EU are equal and mutually beneficial, he said.

Lavrov also urged for "non-interference in each other's internal affairs of" and "respect for fundamental interests of each side."

"At the same time, Western countries continue to gain unilateral advantage and even try to punish us for our independent foreign policy," Lavrov added, noting that Moscow would take this into account in its actions.

Moscow's relations with the West worsened considerably in 2014 after Russia's reunification with the Crimea. Russia and the West have repeatedly tried to improve their ties since then. On December 15, US Secretary of State John Kerry held a three-hour meeting with Russian President Vladimir Putin in Moscow.