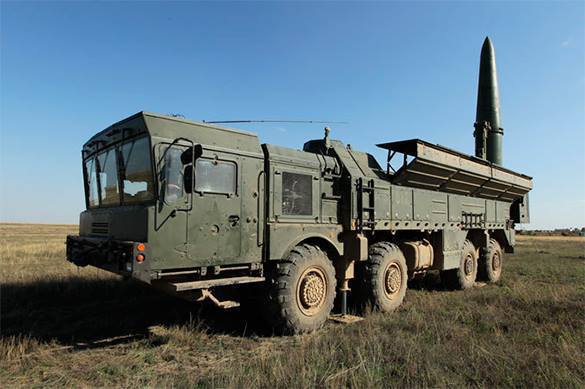 "The work on the development and improvement of weapons for Iskander-M missile complex has been conducted for years. In particular, a new aeroballistic missile was created - the missile successfully passed interdepartmental tests in December," the official said, TASS reports.

According to Kashin, the range of weapons for Iskander now includes five types of aeroballistic and one cruise missile.

Tactical missile system 9K720 Iskander-M was developed in the 1990s. The complex was passed into service in 2006. Iskander will replace outdated 9K79 "Tochka" complexes. The range of Iskander missiles reaches 500 kilometers.