The Russian Defense Ministry held an open briefing devoted to the results of the decoding of flight recorders of the Su-24 bomber aircraft that was shot down by Turkish Air Force. 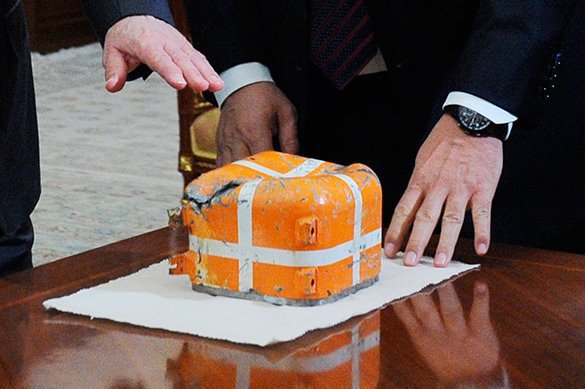 As it was said at the briefing, Russia has all evidence to prove that the warplane of the Russian Air Force did not violate Turkish airspace.

"We have all the necessary evidence to confirm the absence of facts to establish violations of Turkey's airspace by the Russian aircraft,"Sergei Dronov, Deputy Commander of the Russian Air Force said, RIA Novosti reports.

He added that the Russian bomber was carrying out its mission in the mountainous area of Syria and did not pose any danger to Turkey and its citizens.

The analysis of the data of flight recorders of the downed Russian Su-24 will be conducted openly. The use of special equipment allows to conclude that the decoding of the data was conducted as usual.

None of the countries that have been following the investigation of the incident with the downing of the Russian military aircraft has denied the information voiced by officials of the Russian Air Force, Defense Ministry and the President of Russia.

"No one, but Turkey, has refuted the data of objective monitoring of air conditions in the specified area of ​​Syria," said Sergey Dronov, Deputy Commander of the Russian Federation Air Force.

First data of the decoding of the Su-24 flight recorders will be exposed on Monday, December 21 at the session of the Interstate Aviation Committee.