Murmansk region in the forefront of developing Arctic

Murmansk region Governor Marina Kovtun presented a report about the role of the region at the 5th International Forum "The Arctic: Present and Future" that took place in St. Petersburg. 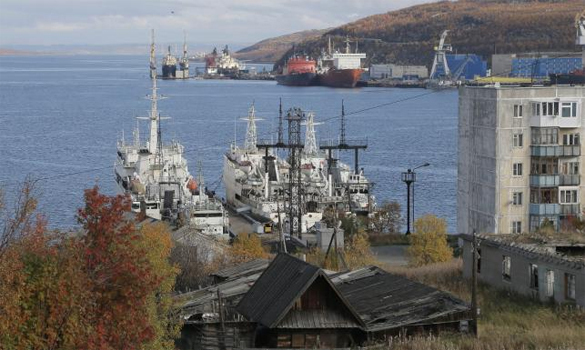 "Murmansk has always been very important to our country. With all those changes that have occurred to the Soviet Union, the importance of the region has increased even further. Murmansk is an ice-free port in the North-West of Russia, and North-West, as we know, is the European part of the country - a powerful industrial and well-populated region, so, of course, the port of Murmansk is a gateway to the world, and its significance will only grow," deputy director for scientific work of the Institute for Arctic and Antarctic Research, Alexander Danilov, told Pravda.Ru.

In the Kola Bay, shelf deposit bases will be created. Rosneft and Gazprom Neft already work on project documentation. NOVATEK has proceeded to practical implementation of the investment project to build a center for the construction of large offshore structures - the Kola Shipyard. The shipyard will give an impetus to the development of the Murmansk region; thousands of jobs will be created.

"Most importantly, this project will become a platform for the localization of high technologies in Russia," the governor of the Murmansk region, Marina Kovtun said.