At least four people were injured in a blast that took place in the center of Moscow tonight. The explosion occurred on a bus stop near "Chistye Prudy (Pure Ponds) metro station. 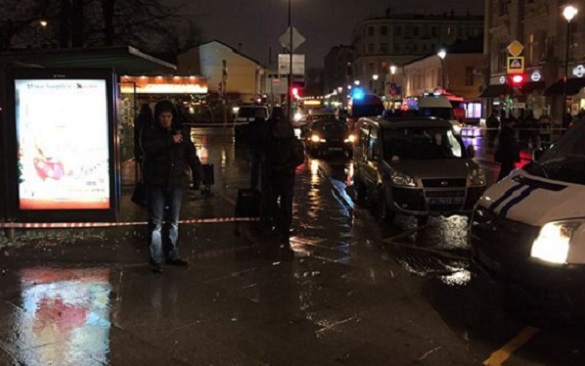 "At a bus stop at Pokrovka Street, near building №19, an explosion of an improvised explosive device took place. The site of the explosion was cordoned off, specialists are working to investigate all the details of the incident," representatives of the Ministry for Interior Affairs said.

The FSB of Russia in the City of Moscow told Politonline.ru that due to the current terrorist threat, security services work on all versions of what happened.

"We can not exclude the version of an act of terrorism, but it could also be an act of hooliganism.  On the one hand, the place and time of the explosion do not look like a classic terrorist attack. On the other hand, the metro and public places are very tightly controlled, so attackers could conduct their terrorist attack where they could," ministry spokespeople said.

According to media reports, an unknown individual threw a thunder flash at people on the bus stop.  Most likely, the explosive was thrown out of a window of a passing vehicle.

"Two women 28 and 29 years of age were hospitalized with shrapnel wounds of their legs. Another woman aged 42 years suffered minor injuries and refused hospitalization," the police said. Later, it was reported that one more person suffered in the incident.