Russians throw rocks and eggs at Turkish Embassy in Moscow

Russians threw rocks, eggs and cans of paint at the building of the Turkish Embassy in Moscow. The attack on the building became an expression of indignation about the downing of the Russian Su-24 bomber pane by the Turkish Air Force. 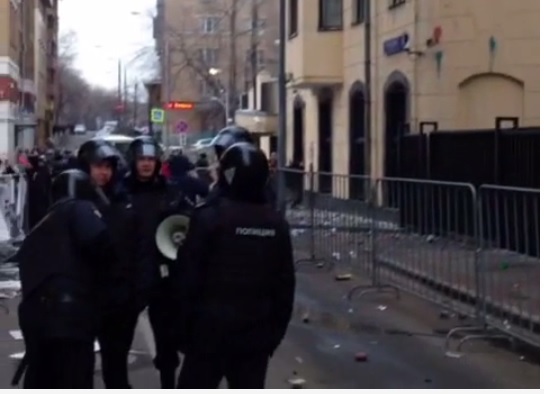 About 500 people came to the rally at the building of the Turkish Embassy in Moscow. The rally was organized by the Liberal and Democratic Party of Russia. The event evolved into an attack on the embassy as the people started throwing rocks, eggs, tomatoes and cans of paint at the building to express their protest against the actions of the Turkish Air Force, Pravda.Ru reports with reference to RIA Novosti.

As a result, several windows on the second floor of the embassy were broken. As many as ten attackers were detained afterwards.

Turkish diplomats had earlier appealed to the Russian authorities with a request to to strengthen the protection of the diplomatic mission.