Bomb on board A321 was placed underneath seat 30A

The bomb pom board the Russian A321 passenger airliner was mounted between seats 30A and 31A, investigators said. The location of the explosive device inside the cabin was established with the help of chemical expertise. 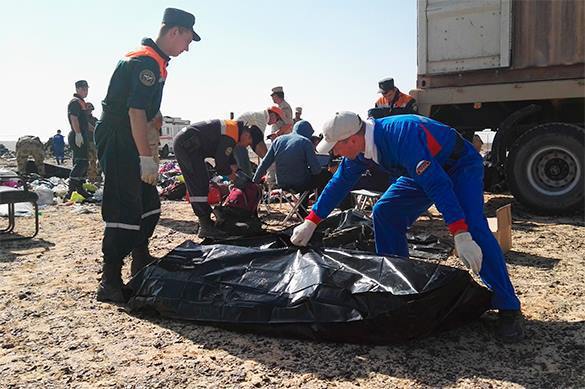 The power of the explosion was equivalent to about one kilogram of TNT. The passengers did not even have time to think and understand what happened.

The epicenter of the explosion was located in the rear part of the aircraft: the aircraft started collapsing in the air from the tail part.

British and American intelligence agencies had previously voiced the version of a terrorist attack on board the passenger plane. When Russian experts and their Egyptian colleagues started examining the flight recorders of the A321, it turned out that one of them was severely damaged, while the other one recorded a suspicious sound on board. The sound was not typical for a normal operation of the aircraft.