New Iskander missile complexes have come into service of the Southern Military District of the Russian Federation. In the near future, the systems will be sent to the place of their permanent deployment in Mozdok. 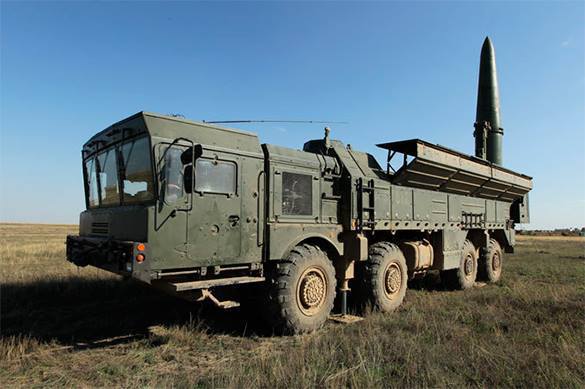 Only 20 minutes are necessary to bring Iskander-M on combat alert in any weather. A festive ceremony was conducted to accept the military equipment from producers. Nearly one hundred of design departments were working on the creation of the systems.

"This complex is far superior to other systems. It has no analogues in the world, this is a highly mobile arms system," the chief of the launcher battery, Alexander Gaschenko said.

According to the military, one brigade set includes 50 pieces of equipment. These are launchers, transport, command and personnel vehicles.

Within three months, the personnel will learn to use the new equipment before the complex leaves for the place of permanent service in the city of Mozdok.

Iskander-M is an operational and tactical missile system designed to destroy missiles, multiple launch rocket systems, long-range artillery, aircraft and helicopters at a distance of up to five hundred kilometers. The system is also capable of striking command posts and communication centers.