Most Russians proud of Russia, little concerned about so-called 'isolation'

Most Russians are not concerned about the restriction of imports of food products, a recent poll conducted by Levada Center said. 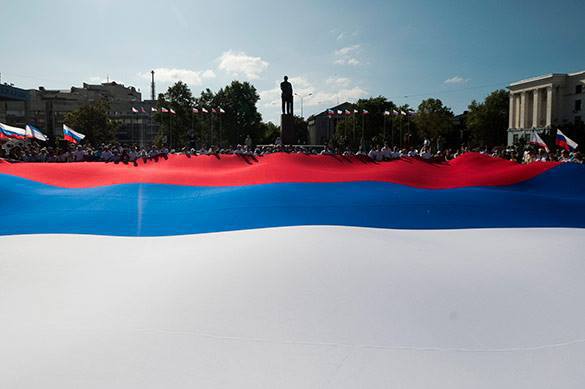 Most respondents said during the poll that Russia has great influence on international politics. In addition, most people said that they were not concerned about the so-called isolation of Russia from the Western world, even though many Western politicians have been speaking a lot about it during the current year.

Deputy Director of Levada Center Alexei Grazhdankin said that "people need symbols of success and greatness of their country. "For example, Putin's recent speech at the UN General Assembly encouraged the Russians a lot," he said.

In addition, a poll conducted by the All-Russian Public Opinion Research Center showed that 85% of Russians did not want to live abroad. To crown it all, many Russians consider the United States of America Russia's prime enemy, whereas 37 percent of Russians despise US President Barack Obama.