Putin wants to meet Elton John to discuss 'any questions'

Elton John did not believe at first that he was going to speak to Russian President Putin himself on the phone. The Russian side had to take quite an effort to convince the British singer of that, Putin's official spokesman Dmitry Peskov said, Pravda.Ru reports. 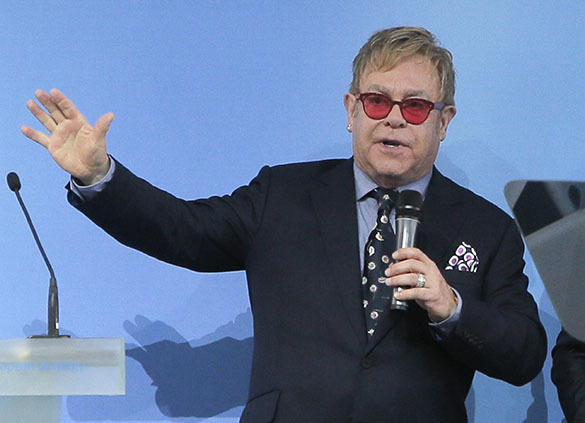 According to Peskov, it was "the diplomacy of our ambassador" that eventually convinced the singer to take the call from Putin.

All this happened after Sir Elton John spoke to Russian pranksters on the phone.

"In this case, the President deemed it necessary to express his good feelings about the initiative against the background of the prank call to Elton John. The president said that he would be ready to discuss any questions that Elton John would be interested in, if their work schedules coincide for that," Dmitry Peskov said.

Peskov also said that Putin asked Elton John not to take offense at the Russian pranksters.

Also read: Zhirinovsky surprises all Russia as he speaks in favor of gay parades in Moscow