The US military and political magazine National Interest has made up a list of Russian weapons, which are able to destroy the Islamic State, as the analysts note. 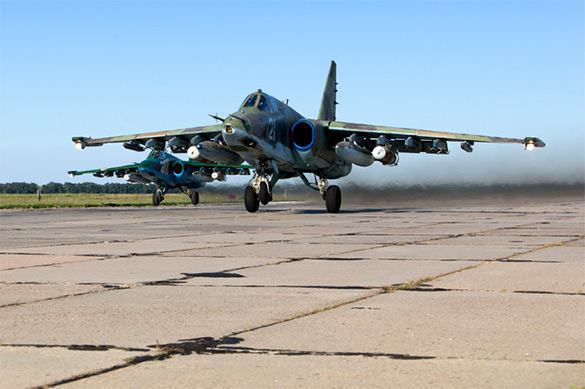 If Russia opposes fighters in Syria with these kinds of weapons, it may significantly change the course of military events in the Middle East in favour of our country.

National Interest states, that if Moscow does deploy the Su-25 fighter aircraft against the IS, it will be able to simply burn the opponent out at any distance and under most artful manoeuvres of its cover.

"The Frogfoot is a better close air support platform than the attack aircraft currently flown by the Syrian Arab Air Force, the Su-22 and Su-24," authors of the rating state.

Russia may also use "flying tanks" against fighters in Syria, as they call the Mi-24 helicopters, which are equipped with missiles, guns, bombs, apart from other rockets.

Russia may oppose the IS with its BTR-82A armored personnel carriers, which are ideal for ground combat, according to the experts.

Russian unmanned aerial vehicles and special forces may effectively end the operation on fighters annihilation in Syria, the acts and skills of which, the agency calls as "impressive".