Putin to meet with Obama on September 28

The Kremlin confirmed the meeting of President Vladimir Putin with the US leader Barack Obama, Dmitry Peskov, the press secretary of the Russian President claimed today. Heads of the states will meet under the UN General Assembly on September 28, as it was supposed. 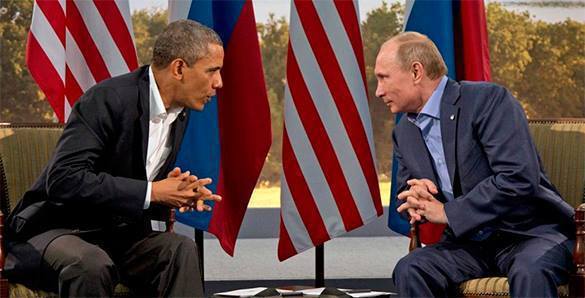 Peskov added, that the Russian President is also to meet with the Japanese PM Shinzo Abe.

The press secretary also confirmed that Vladimir Putin had a conversation with the British singer Elton John.

Pravda.Ru reported that the famous musician wished to meet with Vladimir Putin even after a prank performed by Russians, who claimed to be the Russian President and his press secretary.

According to Peskov, Putin called him and said: "I know that Russian guys played a hoax on you, do not feel hurt, they are harmless, but it certainly does not justify them," Dmitry Peskov cited the Russian President.

"Putin said he knows how popular Elton John is, and if their schedules coincide in the future, he will be ready to meet and discuss any questions," the secretary of Vladimir Putin concluded.