13:35
Spiegel: Germany demands Lithuania to lift the ban on transit to Kaliningrad
12:29
Henry Kissinger: There are three possible outcomes of the Ukraine crisis
11:53
Putin's decree causes securities of Japanese companies to fall
11:28
Russia lifts all coronavirus restrictions as COVID-19 incidence falls 64 times
19:10
Ukrainian MP says the capture of Russian regions was discussed at the NATO summit
18:26
Scholz names the conditions for lifting anti-Russian sanctions
17:40
Russian intelligence: Poland's working on scenarios for the dismemberment of Ukraine
17:01
Putin answers to Ukrainian's HIMARS with Sarmat and S-500
16:30
Emmanuel Macron ready for dialogue with Putin when necessary

The Russian Navy has received a new state-of-the-art reconnaissance ship called the Yuri Ivanov. The vessel is capable of detecting and pursuing US ships of the missile defense system. 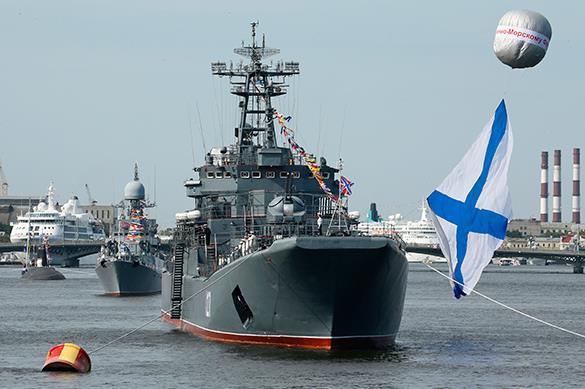 The Yuri Ivanov was delivered to the Navy during the celebration of the Navy Day in the city of Kaliningrad. The ceremony was conducted during a large parade, in the presence of Russian President Vladimir Putin.

The ship had been undergoing tests since December 2014 the ship and is now fully ready for service. German media have called the vessel an "ultramodern spy ship."

The Yuri Ivanov is the first of the new generation of ships that will be ready to damage enemy's missile defense so that other ships could attack them.

The ship is able to perform ordinary reconnaissance missions. The 4,000-ton displacement ship is 95 meters long. It took Russian specialists eleven years to build the new vessel. The construction of the next vessel of the type was started in 2013. By 2020, the Russian Navy is to have four of them.