Russia takes Arctic under control, while US has no Arctic development strategy

Russia's Defense Ministry issued a statement saying that that Russia was controlling air and sea space of the Arctic region at a distance of at least 500 km off the Arctic coast, Pravda.Ru reports with reference to RIA Novosti. 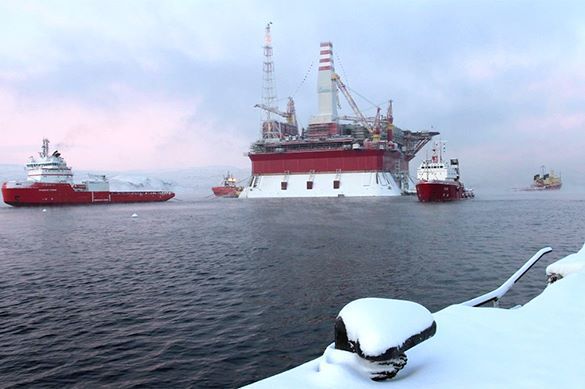 Today, many countries show increasing interest in the Arctic. They are ready to invest in the development of the macro-region that is rich with natural resources. At least five countries have claims to the Arctic zones: Russia, Norway, Denmark, Canada and the United States. All these countries have access to the coast of the Arctic Ocean.

The United States has no equipment, with which the Americans could develop the Arctic, experts say. The USA only has two heavy diesel-powered icebreakers, and only one of them is in running condition. There is another, smaller research icebreaker. In general, the USA has no strategy for the development of the Arctic.

Russia has six nuclear-powered icebreakers. They are huge ships that can operate independently owing to nuclear reactors. The vessels can navigate almost anywhere and at any time. In addition, Russia has more than a dozen of diesel-powered icebreakers. To crown it all, Russia is building more of such vessels, while designing a ship with a displacement of 55,600 tons.

The annual report from the World Petroleum Council (World Petroleum Council, WPC) said that Russia will be receiving up to 55% of all extracted hydrocarbons in the Arctic by 2030. Thus, the experts of the council predict a rise in oil production of Russian companies on the Arctic shelf by 3.6 times from the current 600,000 barrels a day to 2.2 million barrels a day by 2030.