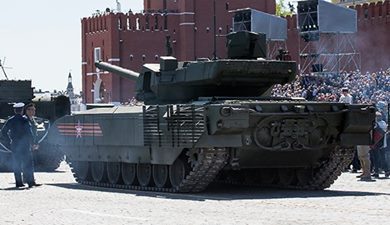 Foreign specialist will not be able to build a state-of-the-art tank that would outstrip Russia's Armata tank, Russian Deputy Prime Minister Dmitry Rogozin said, commenting on the adequate plans of Germany and France.

Of course, Germany and France are technologically developed and advanced countries, Rogozin said. "Yet, I think that it will be a very hard nut to crack for both France, Germany, the USA or Israel - the countries that are also known for their tanks, he said.

"First, they are 15-20 years behind us. Second, even if they do something that we have done, we'll do something else by that time," Rogozin said, RIA Novosti reports.