According to a recent forecast from the Russian Ministry for Economic Development, the poverty rate in Russia will grow by 1.4 percent in 2015 because of rising prices and reduced incomes of the population. The Ministry is known for its negative forecasts for the Russian ruble, economic stagnation and reduction of the standard of living. Pravda.Ru asked expert opinion from a member of the board of BKF bank, Maxim Osadchy. 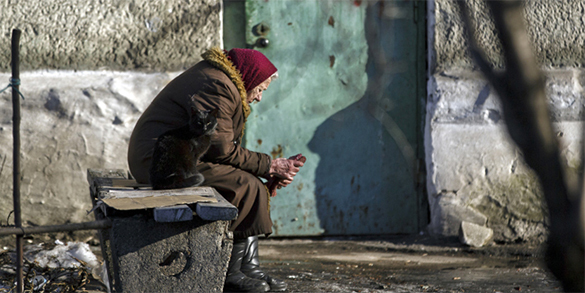 "We have seen a very strong growth in prices that followed the devaluation of the Russian ruble. Consequences of the currency crisis, sanctions, counter sanctions and war in Ukraine also play an important role. Most likely, the inflation figures published by the State Statistics Service are undervalued. This is especially true for capital cities, where dependence on imports is high. The ruble has collapsed twice, and we observe a twofold increase in prices on imported goods," said Maxim Osadchy.

Also read: Russia may feed the world, but not today

According to the expert, one does not see the process of important substitution in action yet, except for very low quality cheeses from Russia and Belarus. "The inflation rate in capital cities makes up tens of percent. Therefore, the reduction in real income of the population does not match the current trend, and we are to observe a significant increase in poverty."

Pravda.Ru correspondent asked the expert what decisions of the Ministry for Economic Development have improved Russia's living standards in the last two years.

Also read: Will Russia be able to feed itself?

"In contrast to the Central Bank and the Finance Ministry, the Ministry for Economic Development does not have any leverage on economy. The ministry does not have the key rate. Of course, it should make prognoses, but the ministry can not do anything really," Maxim Osadchy told Pravda.Ru.