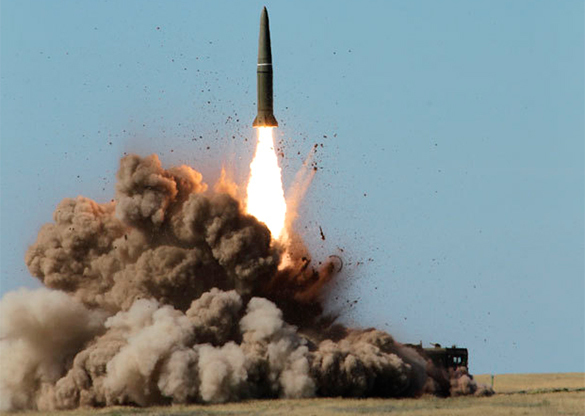 "The launch went normally, the missile struck the conditional target with a given accuracy. Telemetry data that we received confirmed the reliability of systems and components of the product," a representative of the Russian Defense Ministry said.

US media started accusing Russia of violating the Treaty on Intermediate-Range Nuclear Forces (INF). According to US publications, the new missile was designed to hit targets at a distance of less than 5,500 kilometers, which was a violation of the treaty.

In response, Russian officials said that the test launches were conducted from Plesetsk on Kamchatka, which confirmed the intercontinental range of the missile.

The Rubezh missile had been declared as an intercontinental ballistic missile (ICBM), and it has to pass under the strategic arms treaty between the United States and the Russian Federation under this classification.

Experts note that the variety of missile systems of the Russian Strategic Missile Forces, increases maintenance costs for the Russian missile arsenal, unlike in the US, where there is only one type of ICBM on combat duty - Minuteman II. Rubbish will thus become the eighth Russian intercontinental missile system.

At the same time, at night of March 26, Russian Strategic Missiles Forces conducted a successful launch of RS-20B missile (NATO reporting name Satan) from the launch base in the Orenburg region. The missile will deliver into orbit South Korean multi-purpose satellite Kompsat 3A. The satellite will complement the existing system of three multi-purpose satellites, including Kompsat 5 (Arirang-5). The satellite will also complete the system of observations that allows to carry out round the clock monitoring of the Earth's surface under different weather conditions.