Can Russia be disconnected from Internet after North Korea?

Chairman of the US Congress Homeland Security Committee, Rep. Michael McCaul (Texas), was the first in the United States to have officially explained the shutdown of the Internet in North Korea with retaliatory measures. Yet, the official declined to answer direct and specific questions. 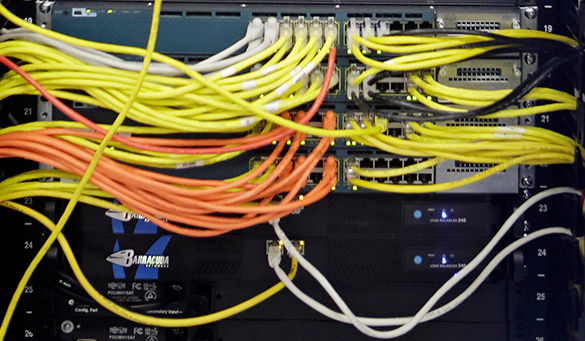 "There were some cyber responses to North Korea," McCaul said earlier in his public remarks at the event hosted by the Center for Strategic and International Studies,

The most recent conflict between the US and North Korea broke out after a hacker attack on the servers of Sony Pictures - the company that was launched the promotion of the notorious motion picture "The Interview". In this film, American journalists kill DPRK leader Kim Jong-un. Since the summer of 2014, North Korea was expressing protests in connection with the release of the motion picture and promised to retaliate. Nevertheless, the government of North Korea has not confirmed its involvement in the hacking attack that disabled thousands of computers, Pravda.Ru says.

Problems with the Internet in North Korea lasted for approximately 10 hours on December 21-22. At first, Internet connection would be interrupted and then shut down completely. North Korean authorities did not comment on it. Washington also refused to confirm its involvement in the incident. Although it was previously reported that the White House vowed revenge, Pravda.Ru reports.

Noteworthy, a member of the State Duma Committee for Security and Anti-Corruption, Ilya Kostunov, prepared an appeal to the heads of the Ministry for Communications and the EMERCOM of the Russian Federation with a request to elaborate instructions, software and technical solutions for individuals and private companies to ensure autonomous operation of the world wide web in Russia in case of targeted destructive impact on the Russian segment of the Internet, Pravda.Ru reports.