Vladimir Putin conducted a business meeting with Italian Prime Minister Matteo Renzi. The politicians discussed compliance with the Minsk 2 agreements  that were reached on February 12. 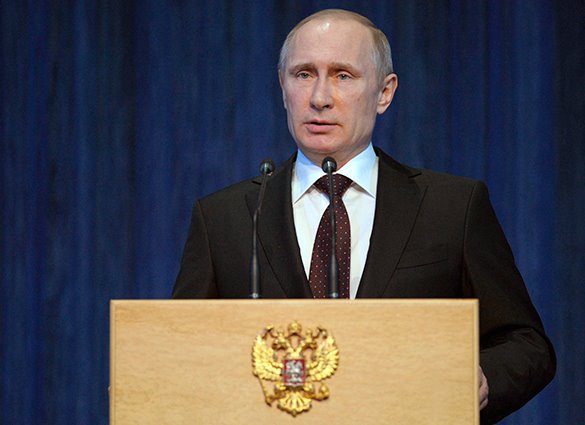 After the meeting, President Putin spoke to reporters.

"We have exchanged views on the crisis in Ukraine. Italian Prime Minister Matteo Renzi expressed his position on this issue. He set forth a number of valuable suggestions about what could be done to resolve the situation in the future. The situation in Ukraine, as you know, remains difficult, but, at least, the fighting has stopped and people are not being killed, cities and towns are not being destroyed," Putin said, Pravda.Ru says with reference to RIA Novosti.

"We were unanimous in the view that the conflicting parties must comply strictly with the agreements reached on February 12 in Minsk. I am sure that this gives us an opportunity for a comprehensive peaceful regulation and establishing direct dialogue between Kiev, Donetsk and Luhansk," Putin said.

Read news story on the Russian page of Pravda.Ru