Boris Nemtsov shot dead in the heart of Moscow

The assassin fired six bullets at Nemtsov, four of them reached the target. Boris Nemtsov died immediately on the spot. Boris Nemtsov, former governor of the Nizhny Novgorod region, former deputy prime minister and later an opposition leader, was killed in Moscow as he was walking on Moskvoretsky Bridge near the Kremlin and Red Square. 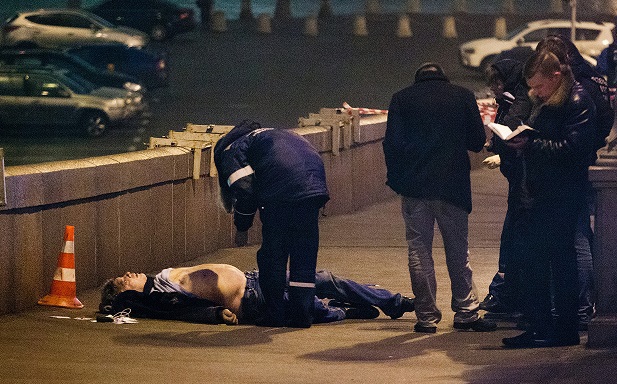 According to media reports, Boris Nemtsov was shot at the time when he was walking in the company of a woman (born in 1991) of Ukrainian origin. Reportedly, Nemtsov was taking a walk with the woman after having dinner with her at a restaurant nearby. Some assumed that Nemtsov fell victim of a love triangle.

The investigation into the killing of Boris Nemtsov will be conducted thoroughly, as there are many surveillance cameras in the center of Moscow, given the fact that the case is about the killing of the politician, who was intended to take part in an upcoming protest action in Moscow.

In this regard, it raises a question of who wanted Nemtsov, an opposition politician, dead. One should pay attention to how such crimes are organized in various countries of the world.

One of the most controversial and terrifying killing of an opposition activist on the territory of the former USSR was the beheading of Georgy Gongadze in Ukraine. In September of 2000, the crime gave the opposition a powerful incentive to accuse the then leadership of Ukraine of the organization of the crime. However, it was clear that the crime did not create any advantage for the Ukrainian authorities as it could only raise people's anger against the government, Pravda.Ru said.

Over the past two weeks, similar crimes to trigger massive protests of the population have been orchestrated in Argentina and Venezuela.

It is worth noting that such crimes occur on the eve of mass protests against the regimes that do not find approval in Washington.

Apparently, the majority of American media outlets are about to explode with headlines about Vladimir Putin's "murderous" regime and his "methods" of dealing with the opposition. Obviously, this version will be on the front pages of European publications as well. It is also obvious that the organizers of the upcoming protest march in Moscow on March 1 will be talking about it too, Pravda.Ru reports.

Some of Boris Nemtsov's colleagues, quite possibly, are already rubbing their hands, realizing what political dividend this terrible death can bring them. This unveils the most corrupt feature of present-day political affairs: people think about their own political benefit, rather than of someone's death.

In Russia, people do not say negative things about the people, who left this world. Pravda.Ru has always stuck to this rule. We do hope that the perpetrator will be arrested and punished accordingly.