CBS News, while monitoring Russian oppositions media outlets, could not but pay attention to the material published by the Novaya Gazeta newspaper. The article in the Russian newspaper was titled "It seems right to initiate the incorporation of Ukraine's eastern territories into Russia." 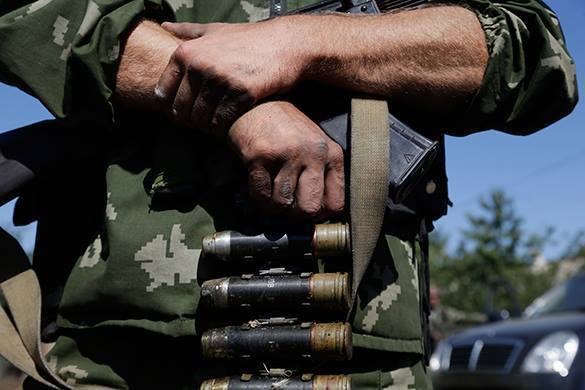 Having called the Novaya Gazeta "one of Russia's few remaining independent newspapers," even though the reputation of the newspaper degraded to a smear sheet a long time ago, CBS News reported about pieces of evidence that employees of the newspaper supposedly obtained. The evidence allegedly proves that Russia had planned to sow discord in Ukraine and snatch a part of the country long before the Maidan riots in Kiev.

Indeed, the Novaya Gazeta published an abridged version of an "analytical note," that was allegedly submitted to Vladimir Putin's administration on February 4-15, 2014. Needless to say that the original of the note was not exposed anywhere, Pravda.Ru says.

According to CBS News, the information from the Russian publication could not be verified. In addition, Moscow has not reacted to the publication. To crown it all, CBS Moscow bureau chief Svetlana Berdnikova said that the Novaya Gazeta editors refused to disclose the source, from where the document was obtained, even though the "analytical note" surfaced all of a sudden and right during the discussion of a ceasefire in the east of Ukraine.

Vladimir Putin and other Russian officials have repeatedly denied the claims of assistance to the militia in east of Ukraine. US Secretary of State John Kerry stated this week that Moscow was lying about it. At the same time, Kerry could not provide any evidence to support his words, Pravda.Ru reports.

According to the material published on the Novaya Gazeta, Moscow has long urged Crimean residents to join Russia and developed a strong campaign on other Ukrainian territories, where the pro-Russian population resides, in order to "absorb" them.

The same document also characterized ex-President of Ukraine Viktor Yanukovych as a man "of low moral character" and a "political bankrupt," who did not deserve Moscow's support.