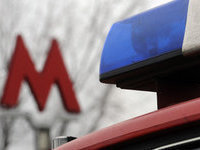 Nineteen people have been hospitalized after the fire in the Moscow metro. Four of them stay in intensive care units. Eighty-one passengers asked for medical help after yesterday's incident on the Red Line of the Moscow metro.

According to Moscow doctors, people continued to ask for medical help hours after the incident. Those who obtained health problems due to the state of emergency in the Moscow subway will receive compensations in the amount of up to 300,000 rubles ($10,000).