In Khabarovsk (a city in the Far East of Russia), a ceremony was held on December 25, 2012, to launch the second part of the Eastern Siberia - Pacific Ocean oil pipeline (ESPO). President of Transneft, Nikolay Tokarev, pressed the symbolic button to launch the system. 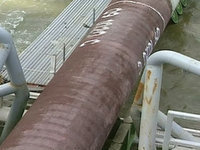 A few minutes before the launch, Russian President Vladimir Putin congratulated those present at the ceremony via video communication. He noted that the project significantly expands the infrastructural capacity of Russia's Far Eastern regions.

"The oil pipeline will deliver fuel to Japan, China, the U.S., South Korea, the Philippines, Singapore, Taiwan. "We have a new blend in the oil market - the ESPO blend," the head of state said.

Tokarev said at his speech during the ceremony said that the launch of the ESPO-2 system has "completed the construction of a single pipeline system from the Baltic to the Pacific." According to him, 5,000 kilometers of the linear part of the pipeline and 20 oil-pumping stations have been built as part of the project.

As many as 23,000 people were involved in the work on the project. The project has created 8,000 jobs, of which 6,200 were taken by the people residing in the regions that the pipeline goes through.

The construction of the project was carried out under instructions from President Putin and took less than three years. The capacity of the ESPO-2 will make up 30 million tons, with a subsequent increase to 50 million tons. The new system will allow oil companies to make additional $250 millions annually.

The first part of the pipeline, ESPO-1, 2,694 km long, was put into operation at the end of December 2009. The pipeline connected Taishet in the Irkutsk region and Skovorodino in the Amur region.