Tomorrow in Moscow a Day of Mourning

March 30 will be a day of mourning in Moscow, Moscow Mayor Yuri Luzhkov told. According to Moscow Mayor the first thing to do was to prevent panic. 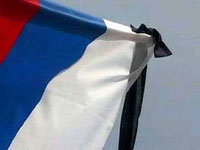 Tomorrow in Moscow a Day of Mourning

"This was done. Many vehicles of the special services were concentrated around the metro stations. We settled the situation there," Luzhkov said. He added that some 130 buses had been sent to the streets of the city "for helping the people who could not go by the metro."

The national flags will be flying half-mast in Moscow on Tuesday. Cultural institutions, TV and radio broadcasting companies were recommended to cancel entertainment programmes and activities, Itar-Tass reports.

The RIA Novosti news agency says, the terrorists behind the two blasts that killed at least 38 people in the Moscow metro system on Monday morning will be eliminated, Russian Prime Minister Vladimir Putin vowed.

The bombings were the first major terrorist attacks in the Russian capital for six years.

"As you know, today in Moscow we saw a terrible crime against peaceful civilians," Putin, currently in the Siberian city of Krasnoyarsk, said.

"I am certain our law enforcement agencies will do everything to find and punish these criminals. The terrorists will be eliminated," he added.

The head of the Federal Security Services (FSB), Alexander Bortnikov, said terrorists from Russia's North Caucasus may have been involved in the attacks.

He also said the bomb at the Lubyanka station exploded with a force of up to 4 kg of TNT. He added that in both cases the bombs were packed with metal nuts and bolts to increase the destructive nature of the blast.