A charity worker has been shot dead along with her husband in Chechnya, just a month after the killing of a leading human rights activist cast doubts on Russian claims that normal life is returning to the war-ravaged region. 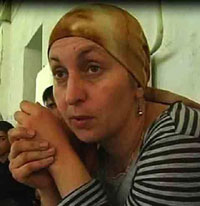 The bullet-riddled bodies of Zarema Sadulayeva and husband, Alik Dzhabrailov, were found stuffed in the boot of a car hours after they were abducted from the office of her charity, Saving the Generation, which helps children injured and traumatised by 15 years of violence in Chechnya, The Irish Times reports.

“A group of men dressed like officers from the security forces entered the office and took Sadulayeva and Dzhabrailov into a jeep. It all looked very ordinary. The men even left a phone number to call in case of emergency, but it didn’t work later,” Alexander Cherkasov, from human rights group Memorial, told The Moscow Times. “They even returned to the office a while later to take the couple’s cell phones and car,” The Moscow Times reports.

Rights campaigners said the murders showed that activists in Chechnya could no longer operate safely. "I thought there would be some kind of respite after Natalia Estemir-ova was kidnapped, but it's clear that violence against civil rights campaigners is now the norm," said Lyudmilla Alexeyeva, head of Moscow Helsinki Group, a human rights organisation.

Rights campaigners had accused Ramzan Kadyrov, the Chechen leader, of running a brutal regime where opposition figures are regularly kidnapped and killed, stoking a wave of violence across Russia's north Caucasus.

But Mr Kadyrov has denied any connection to Estemirova's killing and yesterday he said he was shocked at the latest attack, The Financial Times reports.