Grigory Romanov, a Politburo member who had been seen as the chief rival of Mikhail Gorbachev to become Soviet leader in the mid-1980s, has died, the Communist Party said Tuesday. He was 85. 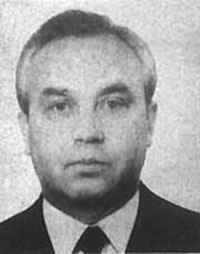 The party said Romanov died in Moscow. No date or cause of death were given.

Romanov became a full member of the ruling Politburo in 1976, when the Soviet Union was led by Leonid Brezhnev, who treated him as his successor.

"Leonid Ilyich (Brezhnev) often told me: 'You, Grigory, will take my place,"' the Russkaya Zhizn magazine quoted him as saying last year in a hospital interview. "And he told (Cuban leader) Fidel Castro that it will be Romanov."

But when Brezhnev died in 1982, he was succeeded by KGB chief Yuri Andropov.

Romanov maintained his post after Andropov's death during the short rule of Konstantin Chernenko. But he was ousted from the Politburo shortly after Gorbachev took over in 1985 as the new Soviet leader was consolidating his power.

Romanov left political life and dropped out of sight. He was remembered in news reports marking his 85th birthday in February.

In the hospital interview, Romanov said his wish was to visit Castro in Cuba, where he had been four times. "Fidel is the only foreigner whom I can call a friend, and I knew many of them," he was quoted as saying.