OSCE not to moniror Russia's elections 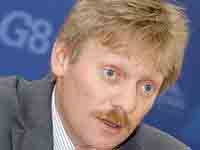 OSCE not to moniror Russia's elections

As Russia didn’t issue visas for a leading international organization which was to observe next month's parliamentary elections, its members will not monitor the voting.

The Warsaw-based office of the Organization for Security and Cooperation in Europe, which organizes observer missions, said attempts to get entry visas for its experts and observers have continuously been denied.

"It is with regret that ... it will be unable to deliver its mandate under these circumstances," it said.

In Russia, President Vladimir Putin's spokesman denied that Moscow had obstructed the monitors before the Dec 2. elections for its parliament, or Duma.

"The Russian Federation is totally complying with its obligations, as part of the OSCE," Dmitry Peskov told The Associated Press.

"Actually, there were no restrictions introduced to the observation mission," Peskov said, citing OSCE rules that allow a member state the right to say how many observers can be deployed.

Peskov said that visas were "a rather technical issue" and referred questions to Russia's Foreign Ministry, insisting the decision over whether to send election monitors rested with the OSCE and not Moscow.

"We can hardly speak about violating any rules," he said.

Peskov denied that the absence of foreign observers might raise questions about whether balloting would be free and fair.

There cannot be "the slightest doubts of the legality of the electoral process in Russia," he said. "It's a purely democratic process."

All 56 OSCE member countries, including Russia, agreed in 1990 to invite international observers to monitor their elections. The organization then decides whether to send observers based on scheduling and need.

The organization has monitored elections in countries including the United States, Britain, France and Poland.