USA to try to arrange color revolution in Venezuela

On Wednesday morning, March 6th, the death of the President of Venezuela, Hugo Chavez, the leader of the Bolivarian revolution and the bitter rival of the United States, shocked the world. Will the U.S. become more active in the Venezuelan direction after his death? Is there a possibility of a "color revolution" in the country? It is an open secret that the West tried to overthrow the Chavez regime in 2002. Pravda.Ru turned to the President of the Russian Academy of Geopolitical Problems, Doctor of Historical Sciences, Colonel-General Leonid Ivashov for an expert opinion. 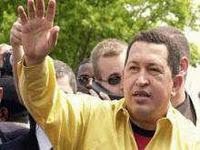 "First of all, one needs to speak either about Latin America on the whole or South America in particular. They form their own civilization matrix there, on anti-American-American grounds. This is a unique combination of the roots of Aztec and Mayan civilizations, plus Spanish and Portuguese roots, as well as African ones. This is the conglomerate that we have today in the form of a civilized association, like a separate civilization, different from America and Africa, Spain and Portugal - this is an interesting process. It's like a reaction to events of the past, when Europeans were destroying those civilizations, but their roots were preserved.

"Second, it is a matter of reaction to the American Monroe Doctrine, that has been conducted since 1823 to present day. America tries to keep the whole continent under strict control, not to let anyone there, etc. But today, America lacks energy to keep it all under military control. There is a leading country on the continent - Brazil. This is a Portuguese-speaking country, but it is the leader. There are countries that struggle for national liberation for a very long time, and there is an obvious trend to revive Indian tribes inside nations.

"Venezuela today is a political leader, which on anti-American grounds turns all resources of the country for the benefit of the whole society, the whole nation. This is the nationalization of the oil industry, the sovereign policy independent of the United States, and so on and so forth. America does not fear Venezuela. The country has nationalized the oil industry, but it still delivers oil to American companies, for good money. It was a very flexible move that Chavez made - he did not limit himself to the policy of isolation. Having nationalized the oil industry, he invited Americans to buy it for good money.

"Chavez was dangerous to America as an example of liberating struggle and the construction of economy in the interests of the whole country, rather than in the interests of several companies. This is why he was so popular. Plus, it was his political courage when he challenged the U.S. president at the UN. People like that. And there was already a number of states that fit the image of a new civilization, and these countries serve as an example to others.

"Cuba used to be like that, and also Nicaragua - Ortega brothers tried to run an independent policy, but today the circle has been growing. Venezuela was the undisputed leader. There is also Cuba, Nicaragua, Bolivia and other countries.

"The Americans will try to gain control of the new administration and the new president, who will come to power after Chavez. How will it happen? There are many options. Economic blackmail, pressure, an attempt of political control, an most likely, and attempt to arrange a color revolution, etc. Of course, the U.S. will use this situation to its advantage."