Detectives are searching for more victims of a man they suspect to be one of Australia's worst sex offenders, police said Friday. 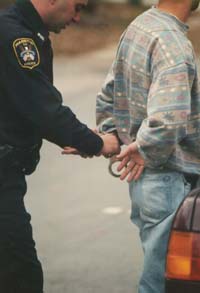 Detective Insp. Simon Clemence, of Victoria state police, said some of the victims might not even be aware that they were raped while drugged unconscious.

John Nicholous Xydias, 43, has been in custody since he was arrested in the southeast Australian city of Melbourne last week and charged with repeatedly raping seven women.

He appeared in the Melbourne Magistrates Court Friday, where prosecutors said they now believed there could be more than 18 victims.

Xydias, who allegedly met his victims in nightclubs and through telephone introduction services, has been charged with 181 counts of rape and indecent assault.

Magistrate Jelena Popovic refused to free him on bail.

Xydias allegedly video recorded his crimes over eight years. Police used the tapes, some of them labeled with the victims' names, to identify seven women. Another two women captured on video have yet to be identified.

Clemence said none of the seven women realized they might have been sexually assaulted until contacted by police.

"This is a fairly unique case in that the victims themselves may not know they're victims and that's a rarity," Clemence told reporters.

Police have appealed to women who have dated Xydias or otherwise know him to come forward.