A judge granted a new trial for a former substitute teacher convicted of allowing students to view pornography on a classroom computer. 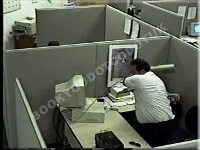 Prosecutors did not oppose the defense motion for a new trial for Julie Amero, 40, who had faced up to 40 years in prison after her January conviction.

The computer was sent to a state laboratory after the trial, and the judge said Wednesday that those findings may contradict evidence presented by the state computer expert.

"The jury may have relied, at least in part, on that faulty information," said Judge Hillary B. Strackbein, who granted the request for a new trial.

Amero has adamantly denied clicking on pornographic Web sites that appeared on her classroom's computer screen in October 2004 while she was teaching seventh-graders at Kelly Middle School in Norwich.

Some technology experts believe unseen spyware and adware programs might have generated the pop-up ads for pornographic Web sites. Amero and her supporters say the old computer, which she was ordered to leave on, lacked firewall or antispyware protections to prevent inappropriate pop-ups.

Several students testified that they saw pictures of naked men and women, including at least one image of a couple having oral sex.

Amero was to have been sentenced Wednesday but instead pleaded not guilty to the same charges, four counts of risk of injury to a minor. A date for the new trial has not been set.

"I had a great team behind me and I feel comfortable with the decision today," she said after the hearing.

"The lesson from this is all of us are subject to the whims of these computers," he said after the hearing.