An 86-year-old Israeli man who uses a walker has confessed to killing his elderly wife and daugther in a stabbing attack. 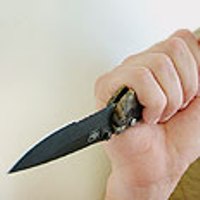 Elias Baroud of the northern village of Rama placed a call to police emergency services Thursday and said he had just committed a crime, police spokesman Micky Rosenfeld said.

Police who arrived at the scene found the lifeless bodies of his wife Mariam, who was six years his junior, and their daughter Warda, born in 1947, Rosenfeld said.

Both had been murdered with a sharp weapon. Upon questioning, Baroud confessed to the crime, Rosenfeld said.

Police were looking into the possibility that the crime might have been a so-called "honor killing"  a crime committed by male relatives against women suspected of sexual misconduct, he added.